in 2001, I started a (slowly growing) collection of translations of La disparition —the epitomical oulipian work— written by Georges Perec using the lipogram contrainte (excluding one or more letters of the alphabet).

due to the constrained nature of this novel, each work of translation is actually a re-writing of the book itself. for instance, the choice of lipogrammed letter depends on its frequency of usage: the Spanish version (lipogram on a) was written by various translating teams (which included the German translator of La disparition) and their students over the course of ten years. academic papers have been written about this process.

La disparition is then, the quintessential untranslatable novel and each of its versions are beautiful reminders (and fetishes) of it.

I don’t actively search for these translations, most of them have been given to me as presents and each has been bought at the country of translation. also, I have never read La disparition nor any of its translations. 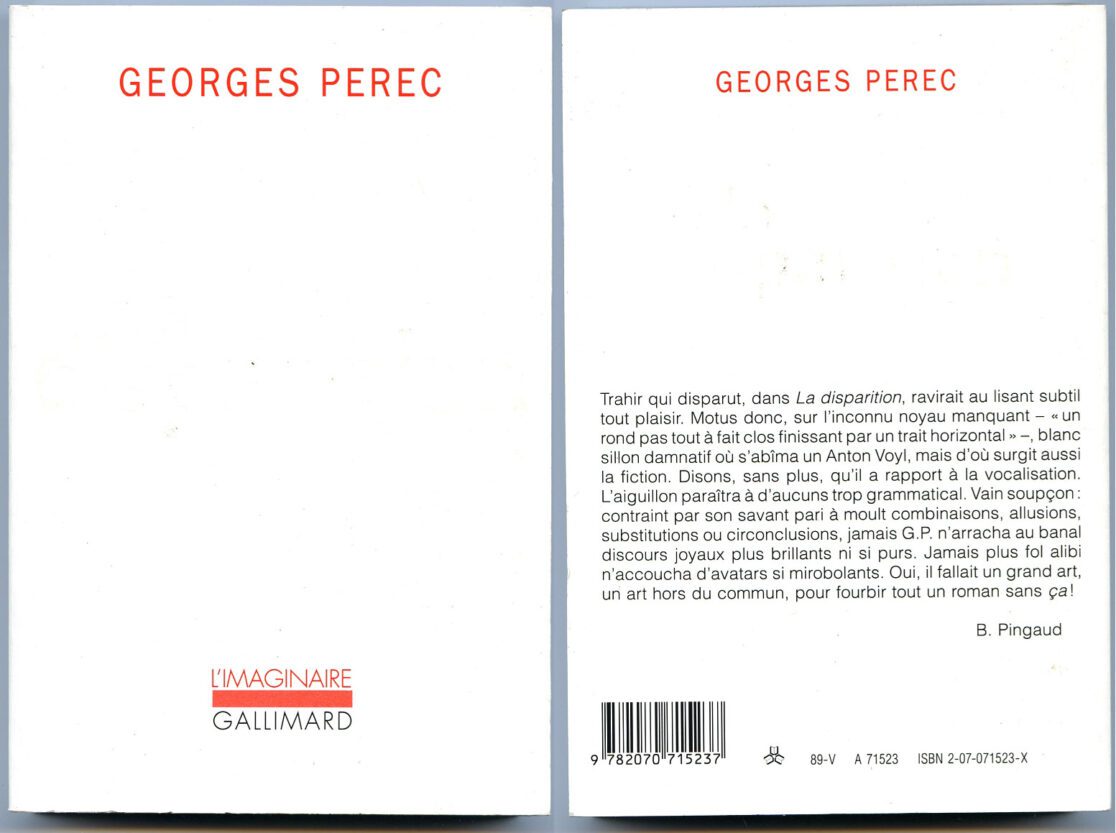 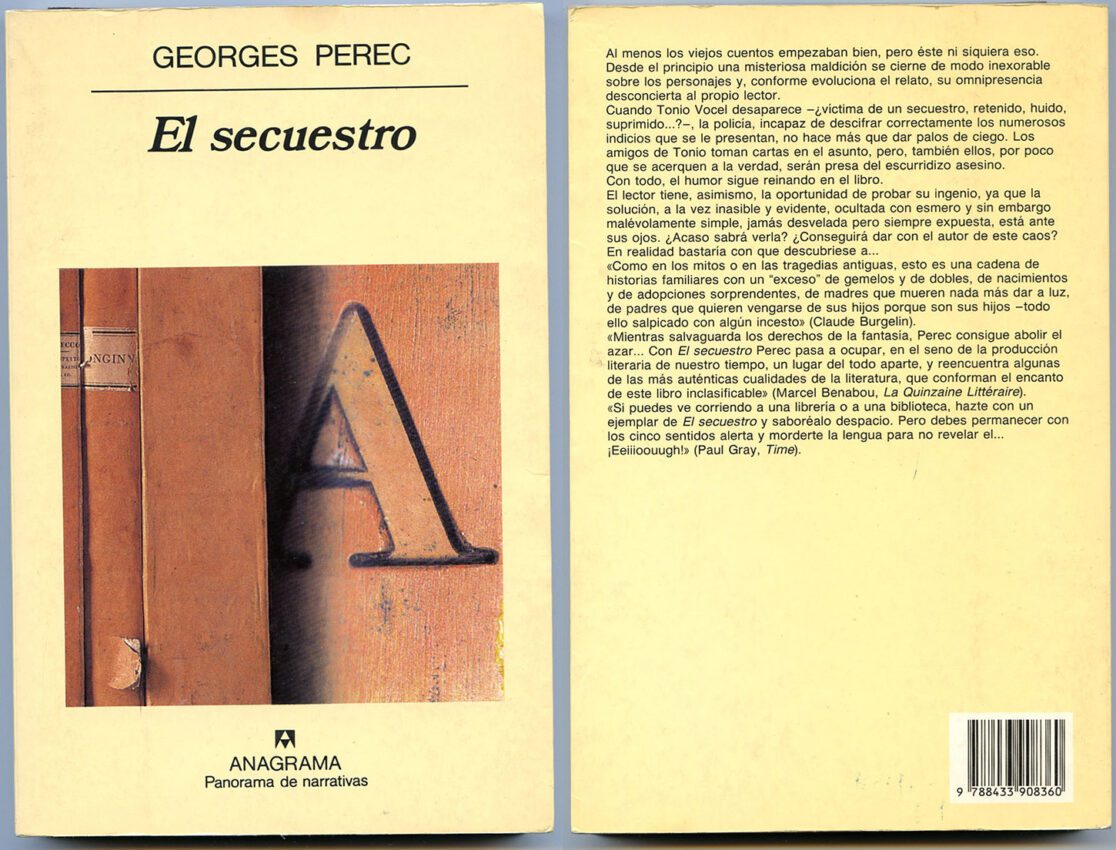 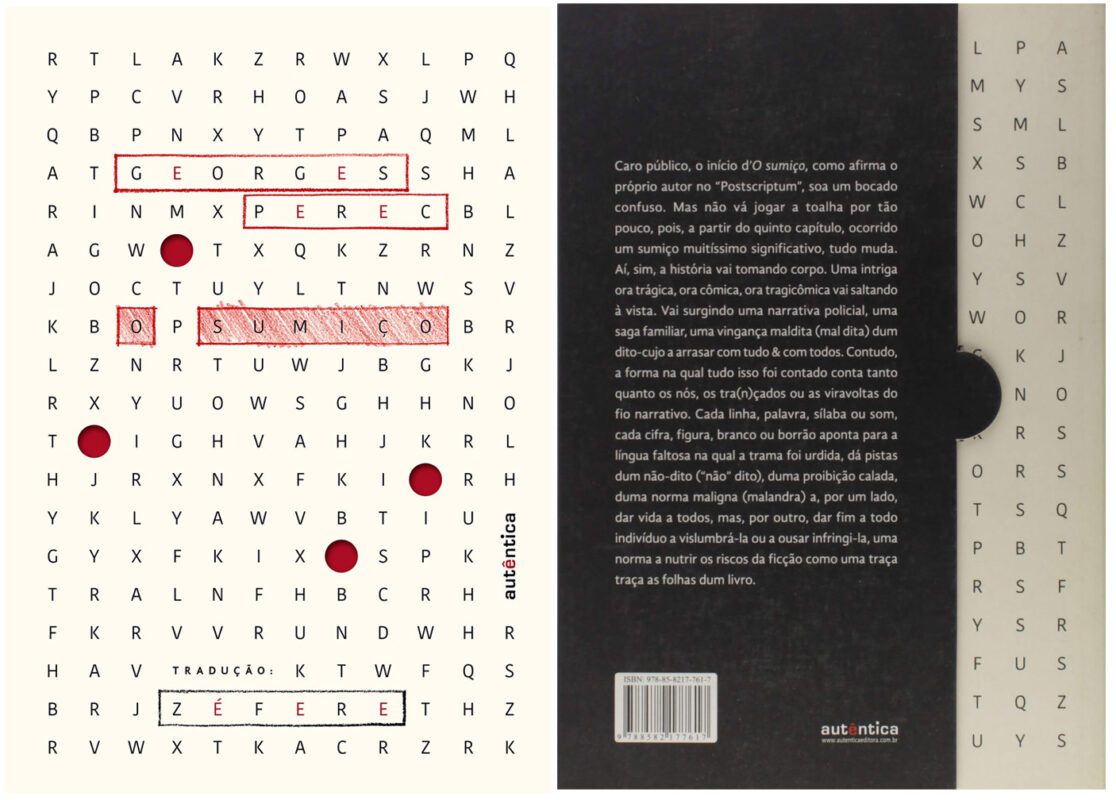 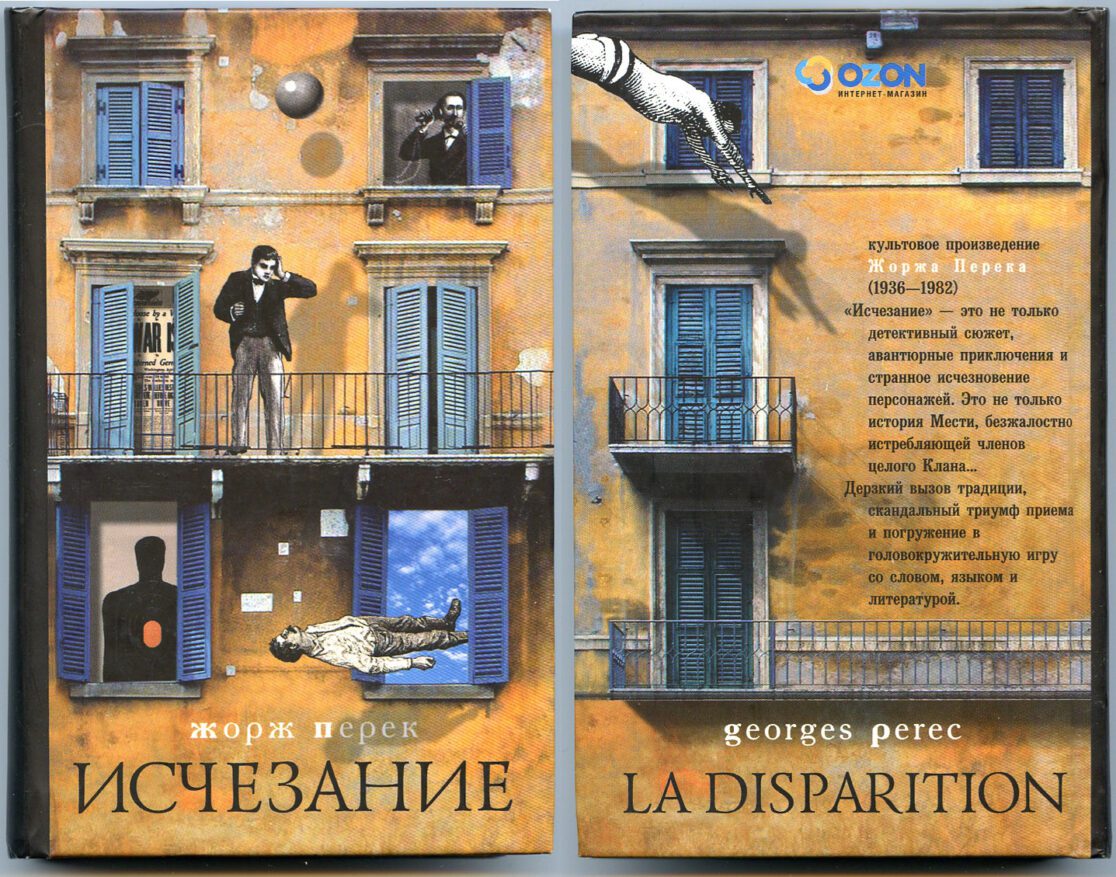 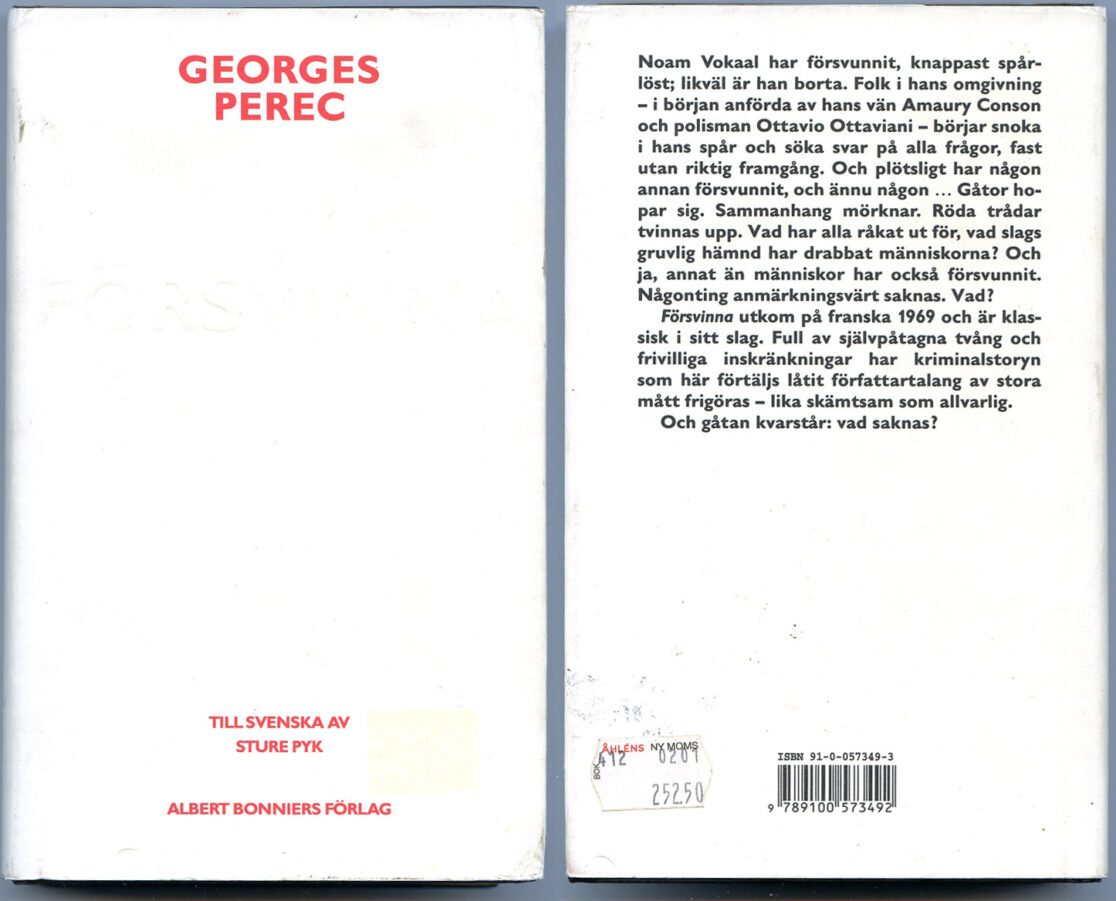 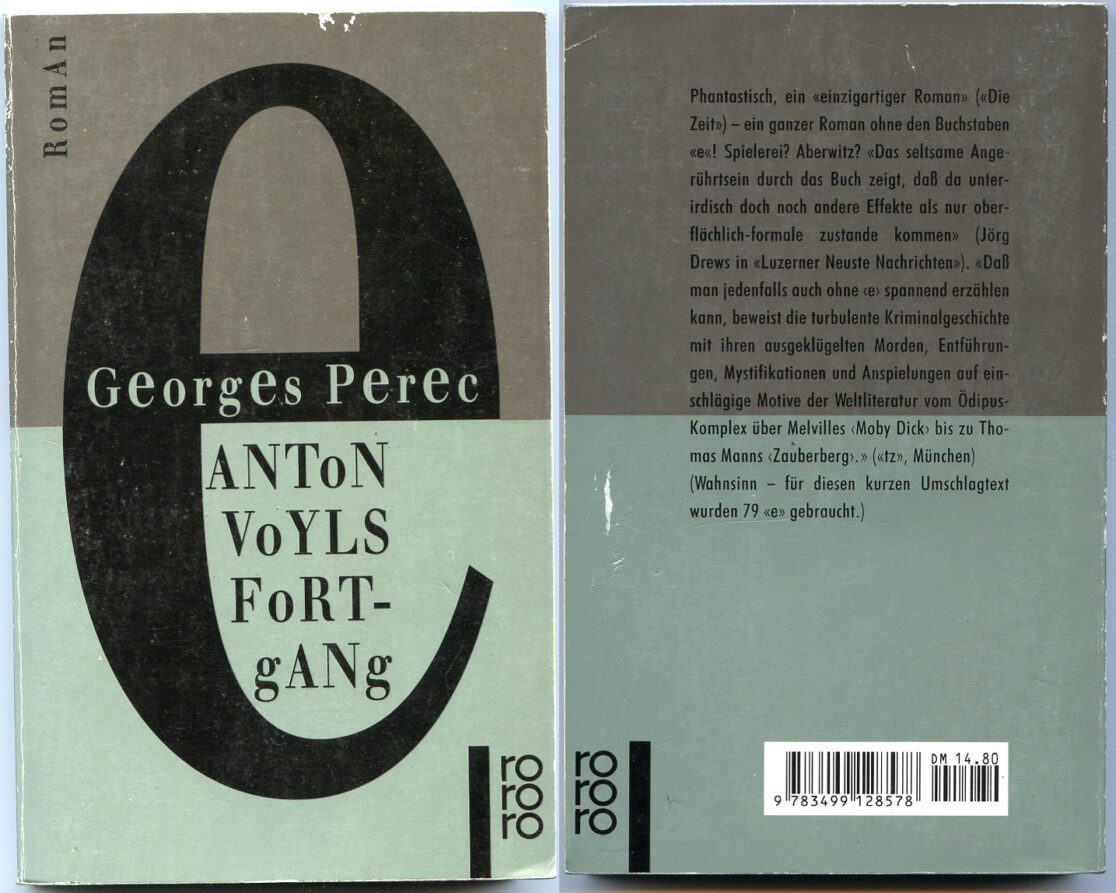 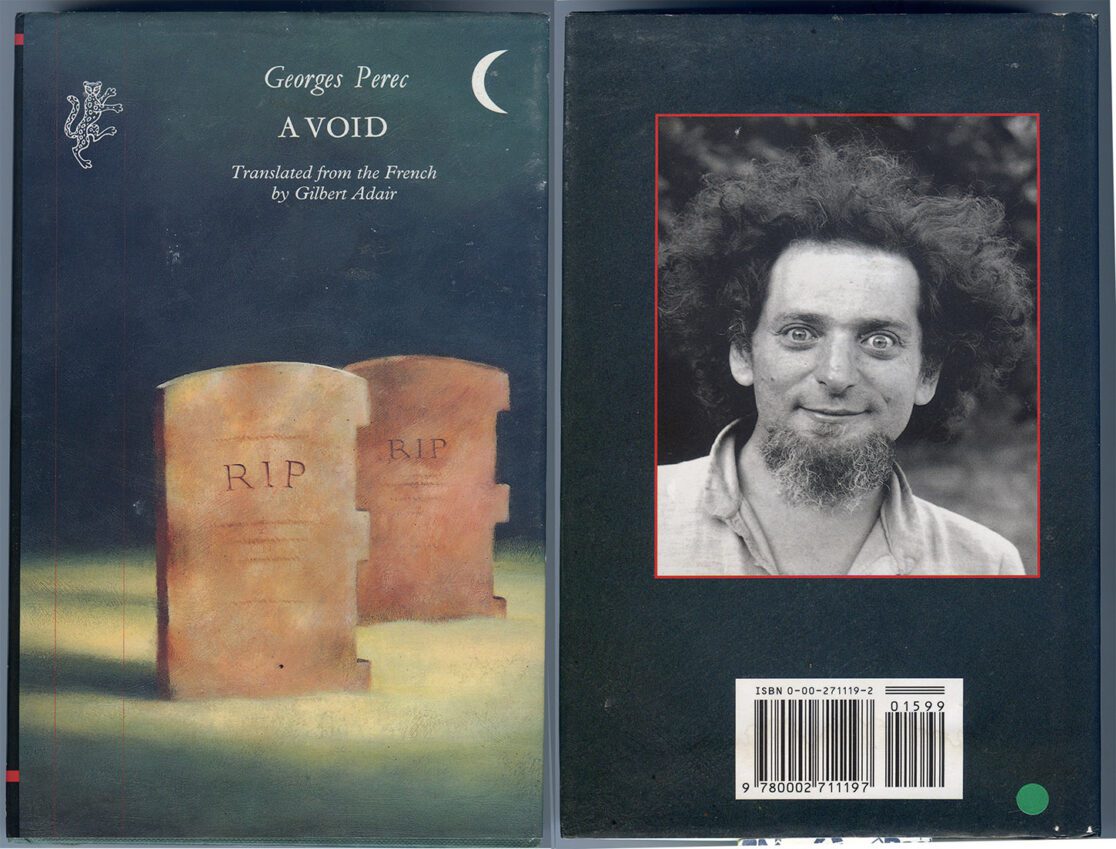