graphic project for the catalogue of the first Yves Klein retrospective in Mexico at the Museo Universitario de Arte Contemporáneo [MUAC] in Mexico City.

even though Yves Klein has been “marketed” by his trademark blue, he was above all a conceptual artist avant la lettre. an emerging young artist (he died at 34), at once naif and self-aggrandising, Klein problematised art’s role, pushing its limits through spirituality, sports, and experimentation.

these pages are the result of looking for that Yves Klein through his early travel diaries and the photographic bank of the Yves Klein archives in Paris. each page is composed of a mix of photos and excerpts from his diaries, quotes about him, and works inspired by Yves Klein: from the poem Eras of Yves Klein by Anne Carson to the song Nel blu dipinto di blu (aka Volare).

download the (free) PDF version of the catalogue from MUAC 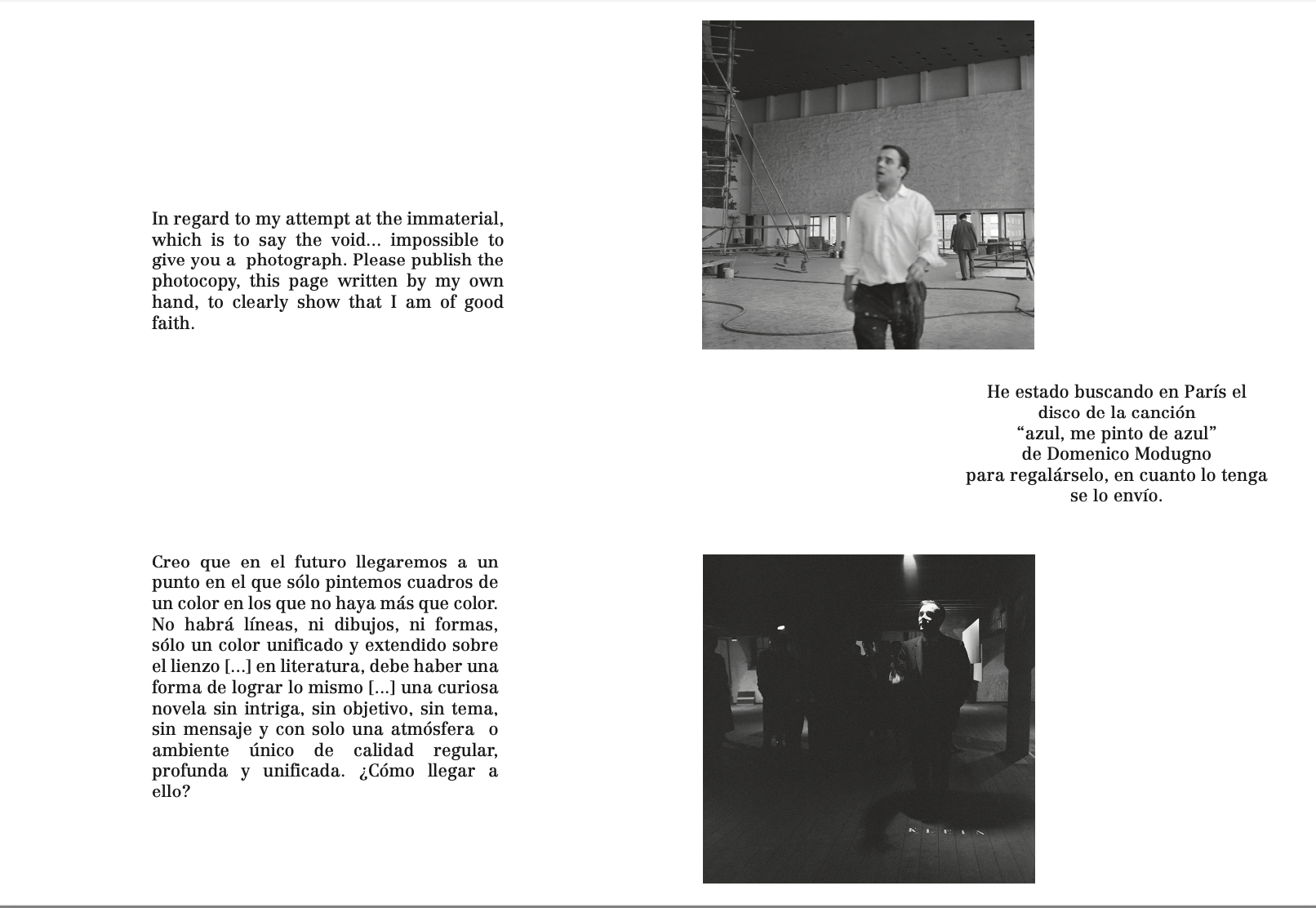 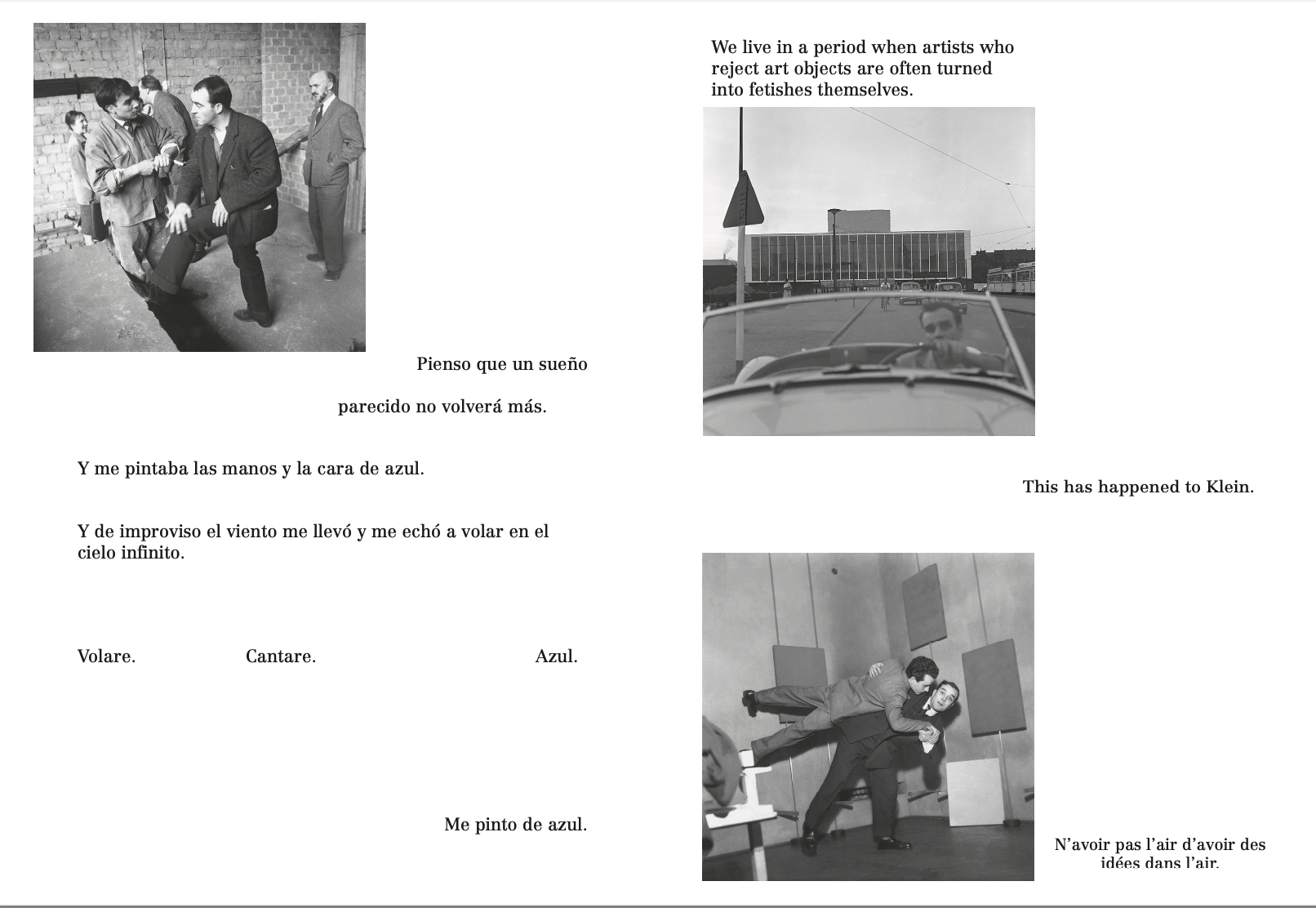 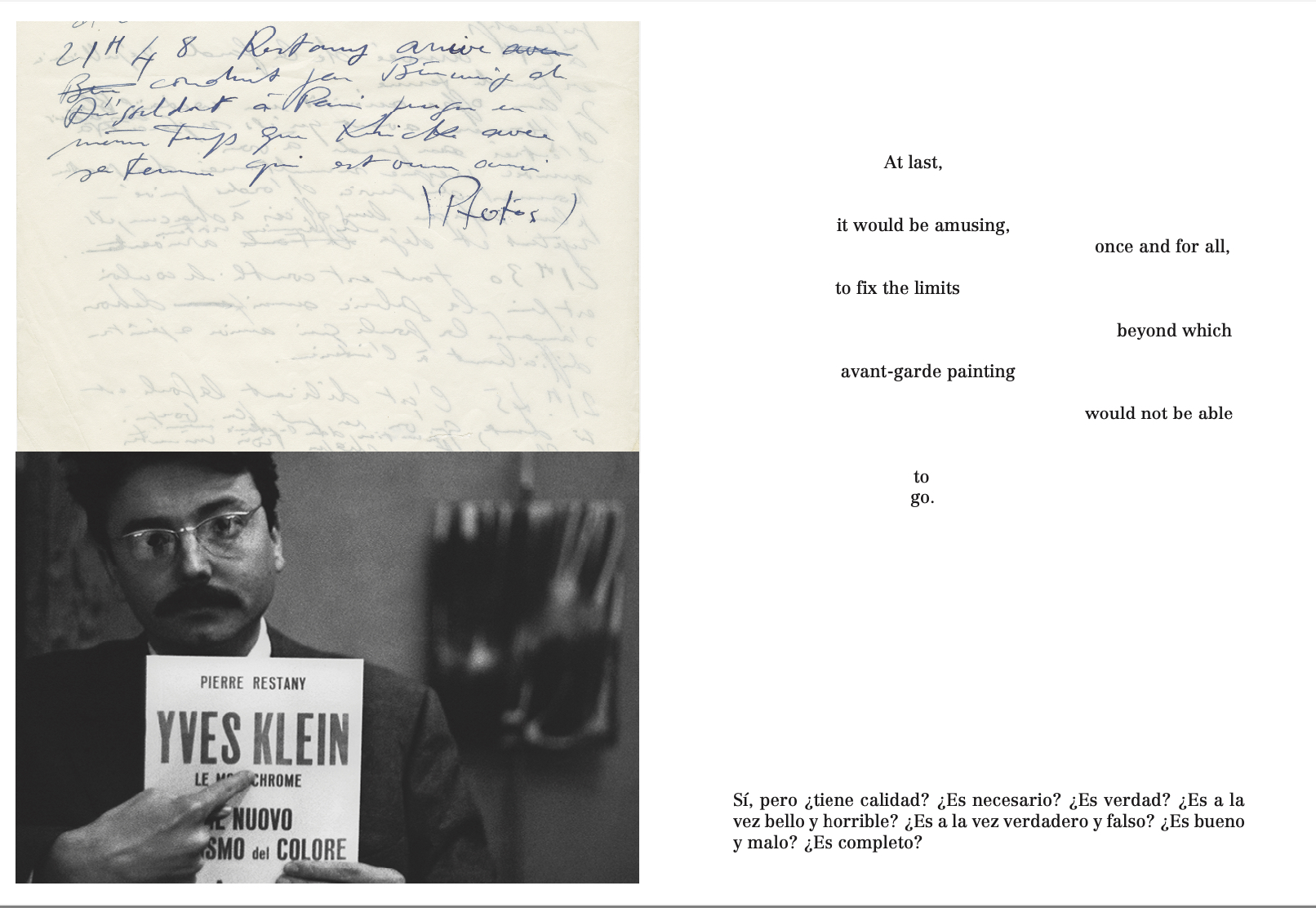 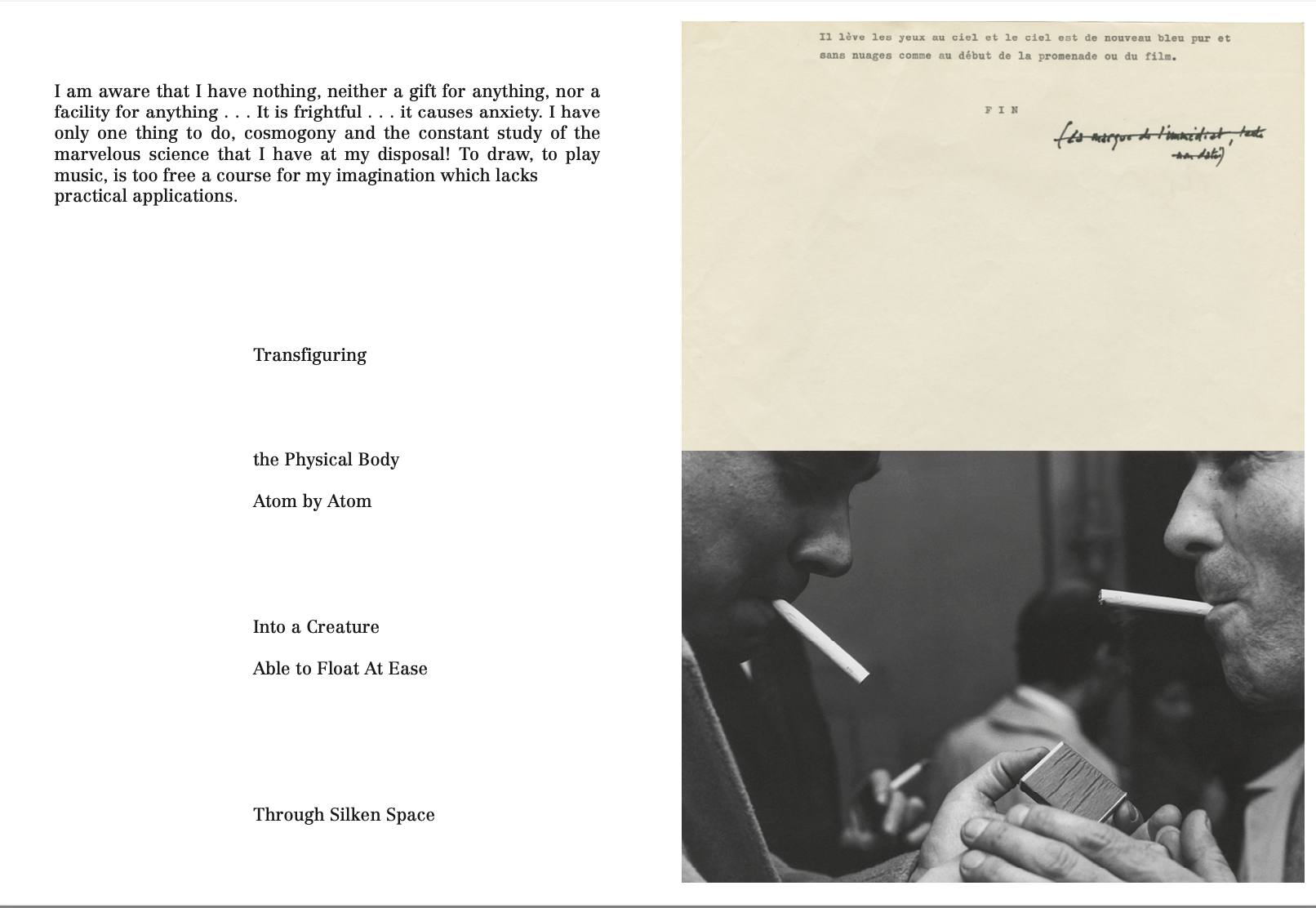 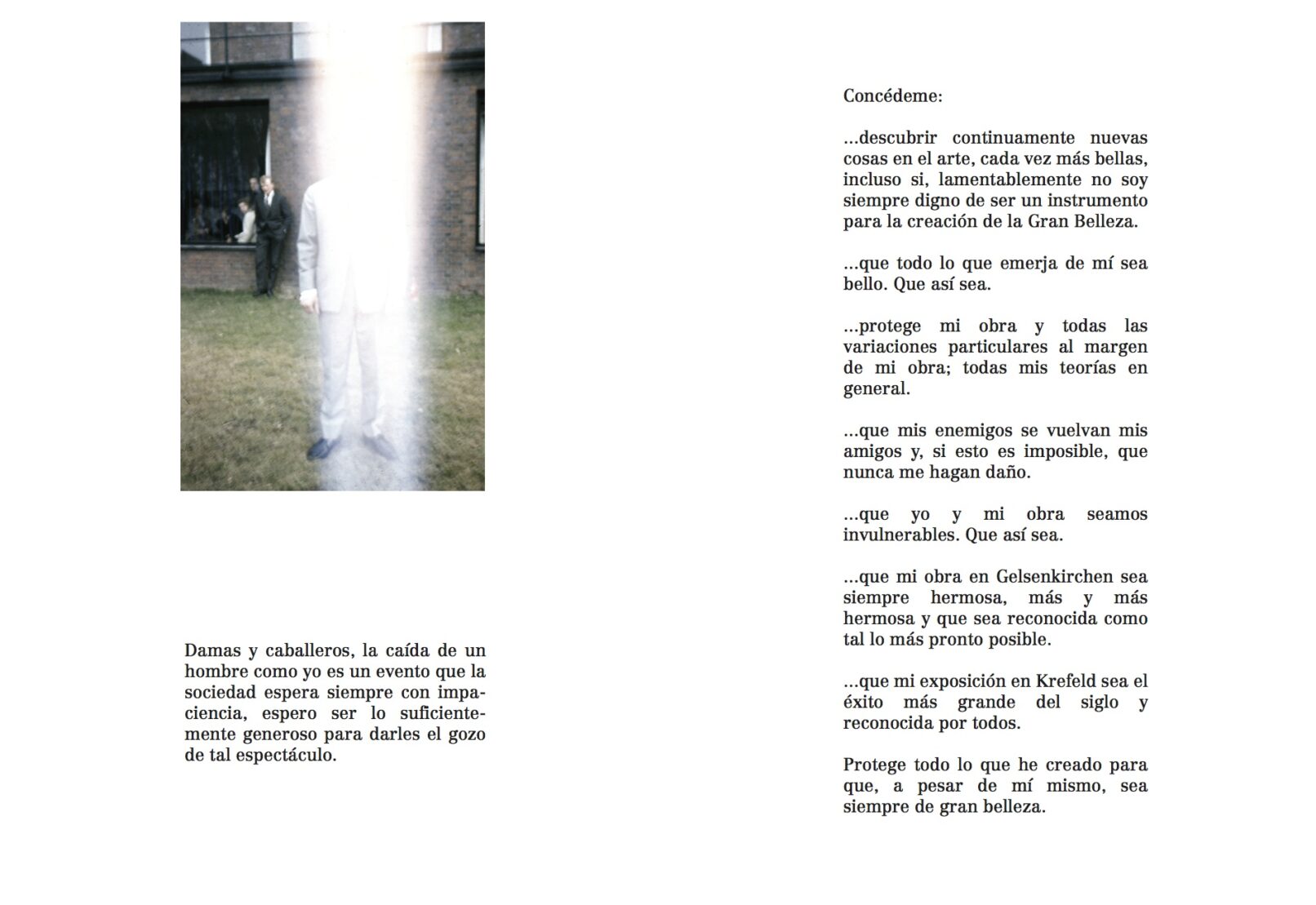 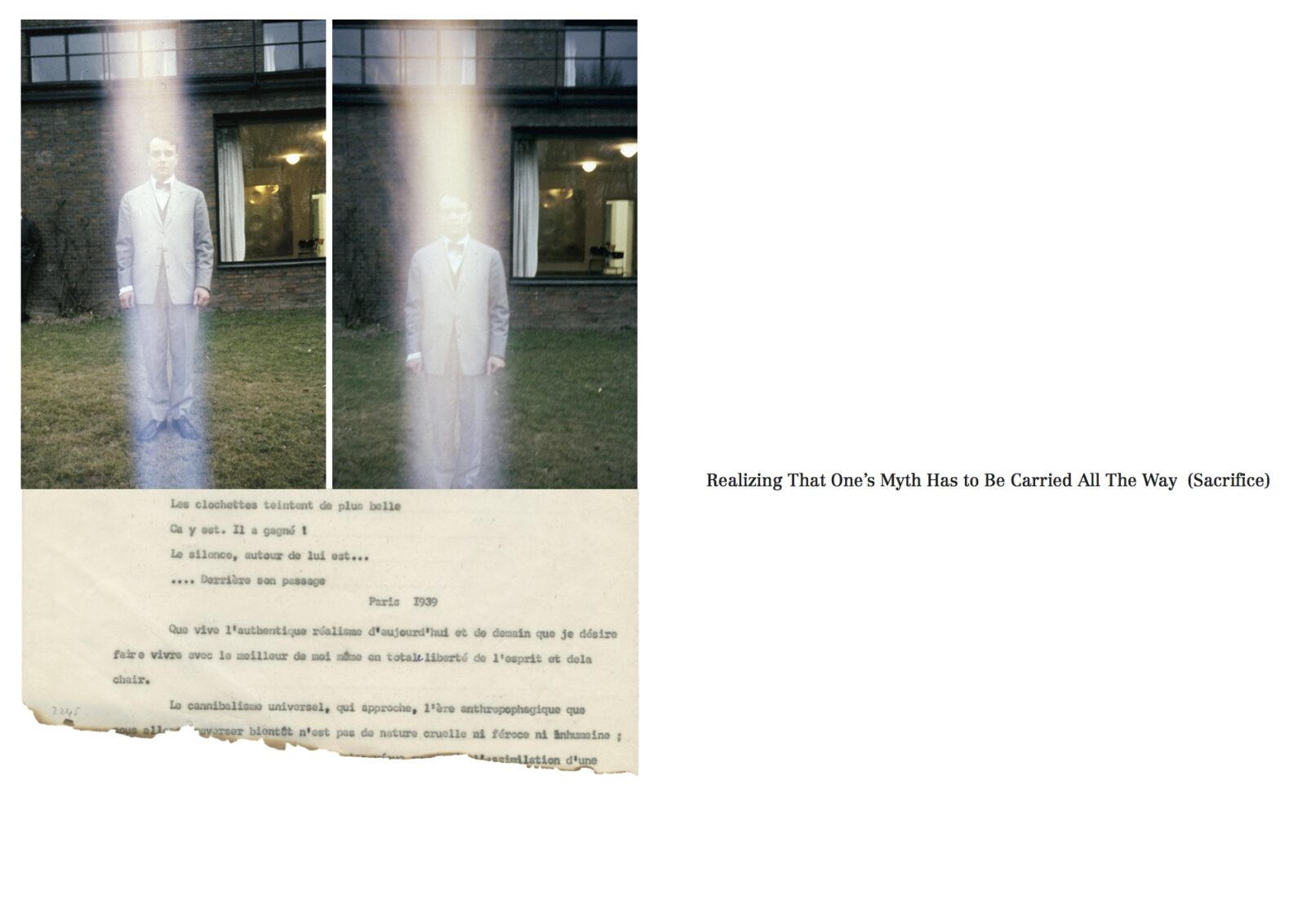 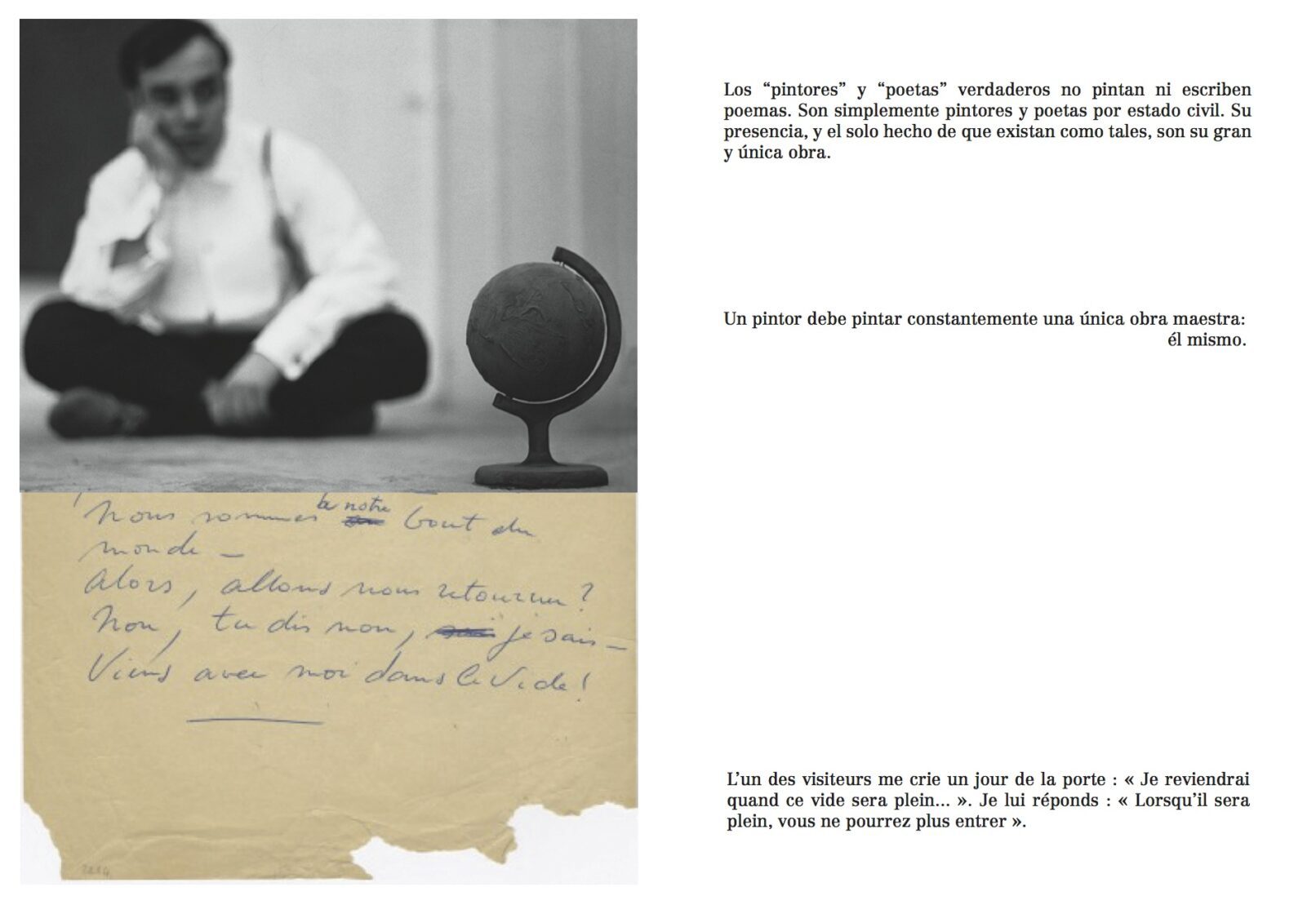 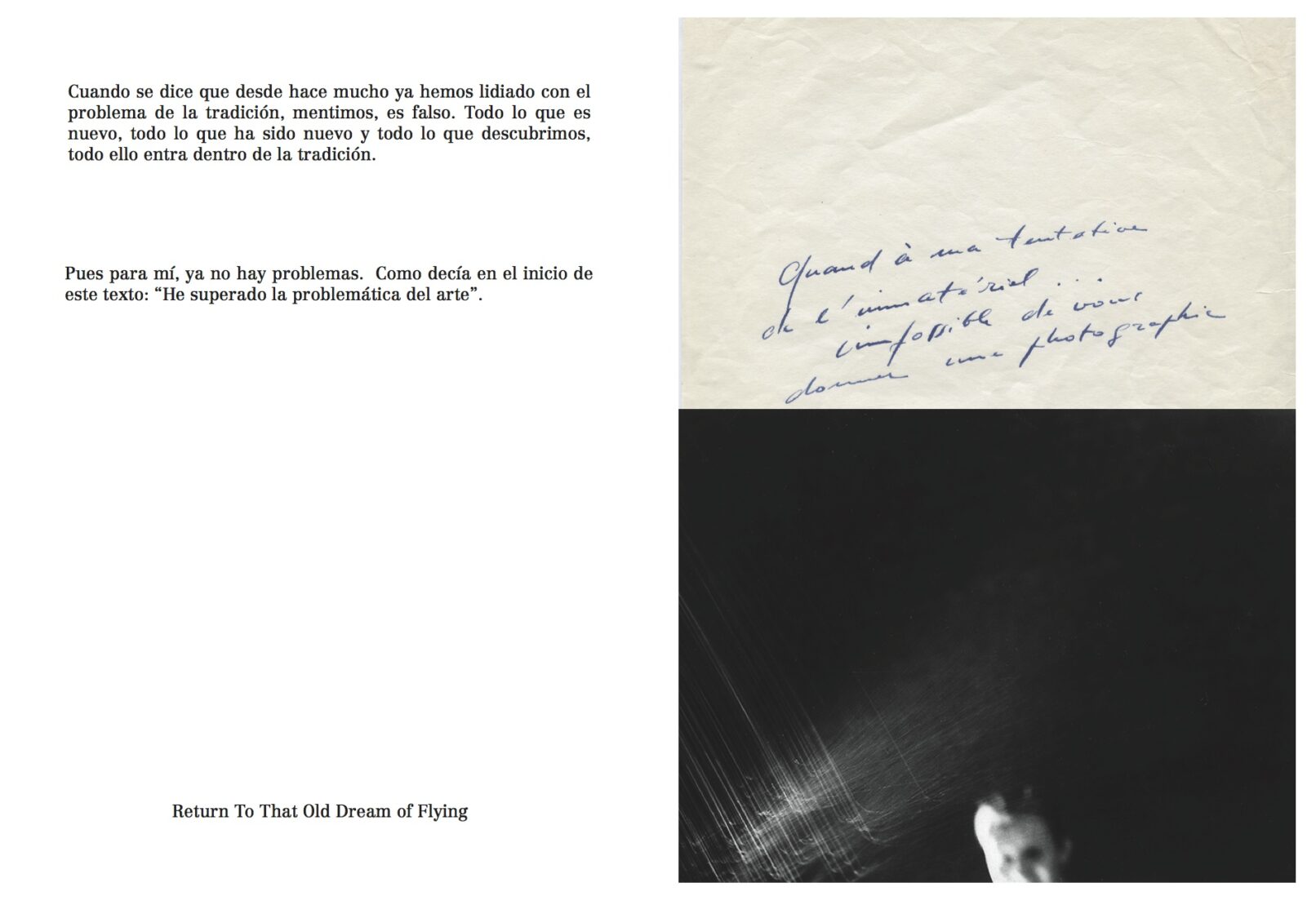 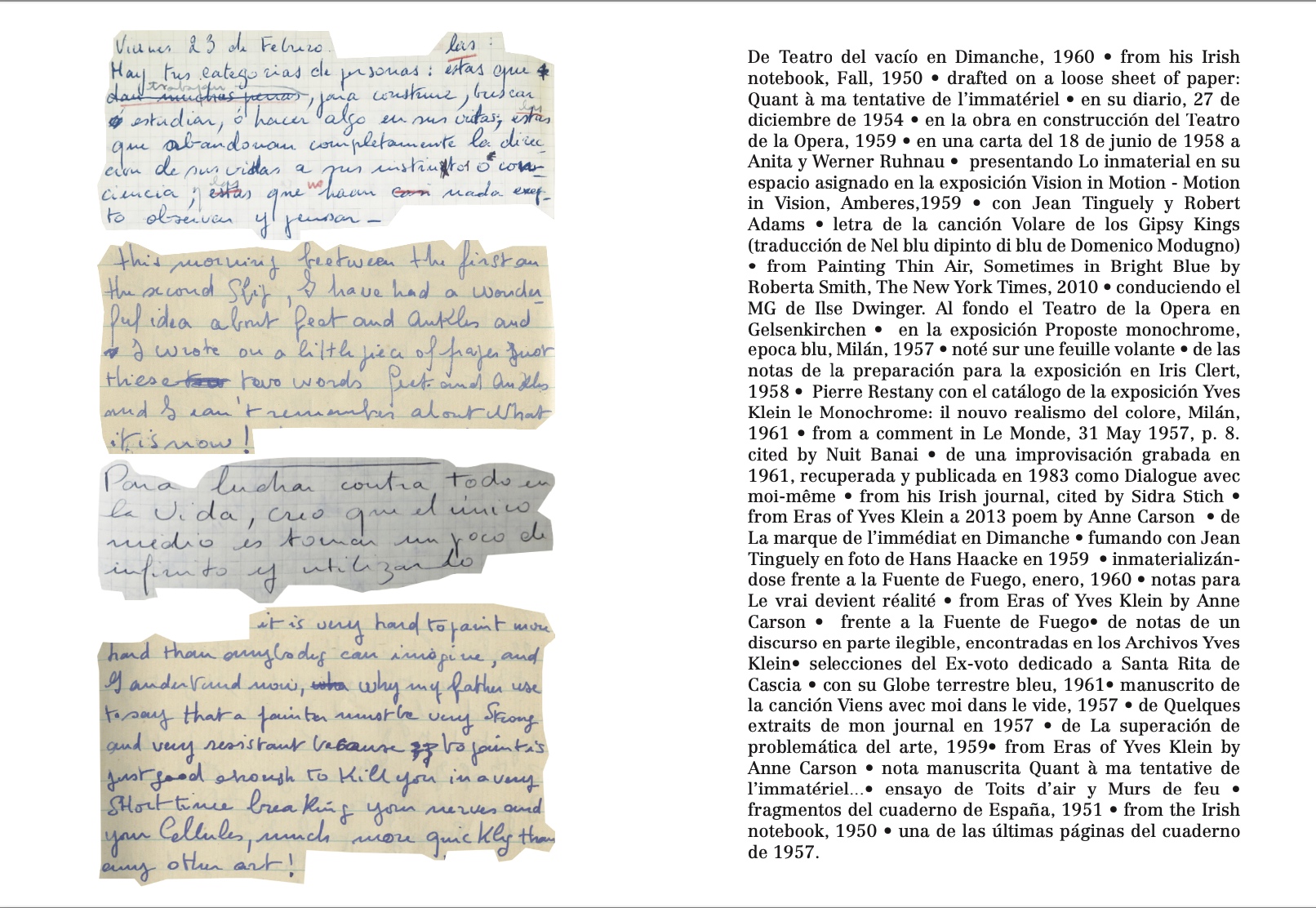 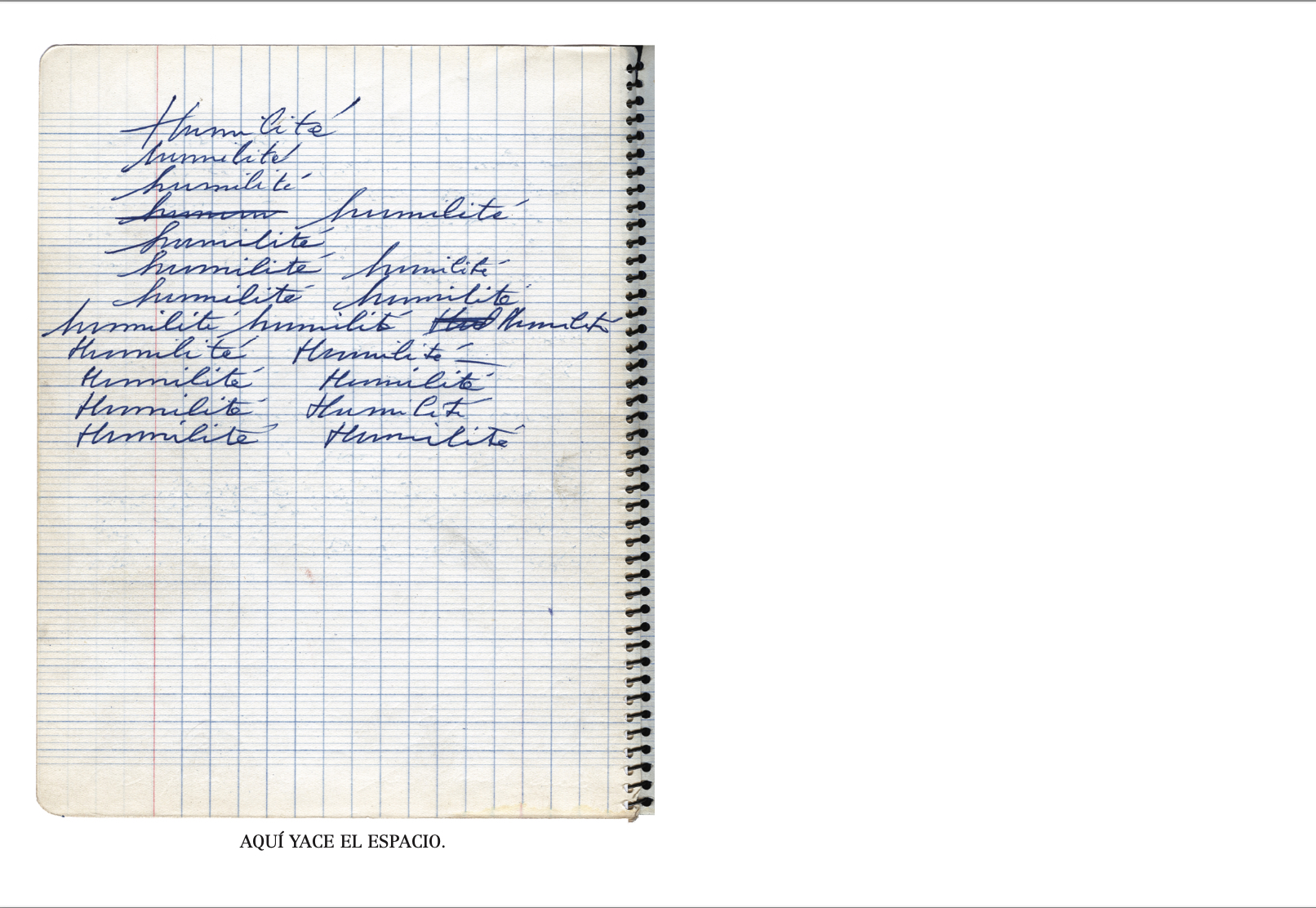